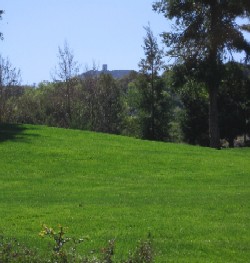 San Jose’s Almaden Valley is a highly sought after suburban area. The main draws include these:

Simply defined by the 95120 ZIP code, this district in San Jose, often called just Almaden, has lots to offer. Nearby communities include Los Gatos, Cambrian Park (part of San Jose), Blossom Valley (also a district within the city of San Jose).

This corner of San Jose is home to IBM’s Almaden Research Center. Those who commute to work will find easy access to a couple of major freeways (85 and 87), Almaden Expressway, plus the convenient Almaden Light Rail Station.  It is perhaps most ideal for people who are commuting to downtown San Jose. (It’s pretty far to Sunnyvale – Mountain View and nearby.)

For recreation, this area is hard to beat.

In 2017, after decades of waiting, Mount Umunhum became open for visitors. The sweeping views on this mountain peak, part of the large Sierra Azule Open Space Preserve, are a must see! Parking can be tricky, but if you are able to go on a weekday and able to go early in the day it should not be impossible. 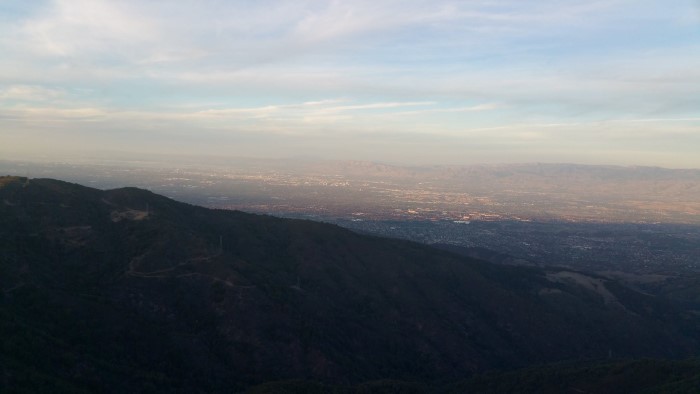 The New Almaden district or neighborhood is historic and interesting (check out the Hacienda Cemetery on Bertram Road!).. The nearby New Almaden Mines and the New Almaden Quicksilver Mining Museum is a wonderful spot to explore and learn with many historic houses and buildings. Or just take a short drive down Almaden Road and Bertram Road to feel like you’ve just stepped back in time 100 years or more. 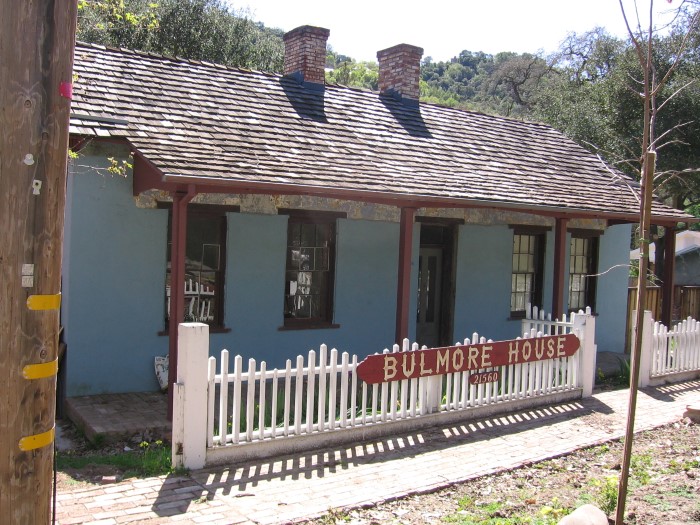 Love to hike? The Almaden Quicksilver County Park has plenty of trails (be aware that they are hilly). This park is huge! The county parks website states “The park includes over 37 miles of hiking trails, including 30 miles of equestrian trails and 16.6 miles of bike trails. All trails in the park are also open to pet owners to walk their dogs on leash.”

Also popular is the Los Alamitos Creek Trail and the Guadalupe Creek Trail.

Almaden Lake is a popular place for in season boating, picnicking, and fishing (catch and release only).

For golfers, there is the Almaden Valley Country Club.

The Almaden Community Center and Almaden Branch Library are adjacent to each other, and are located on Camden Avenue near Almaden Expressway.

There are a number of parks in this area of San Jose. At one of them, Greystone Park, there’s a summer concert series on Thursday evenings in July. Lots of fun and no cost! 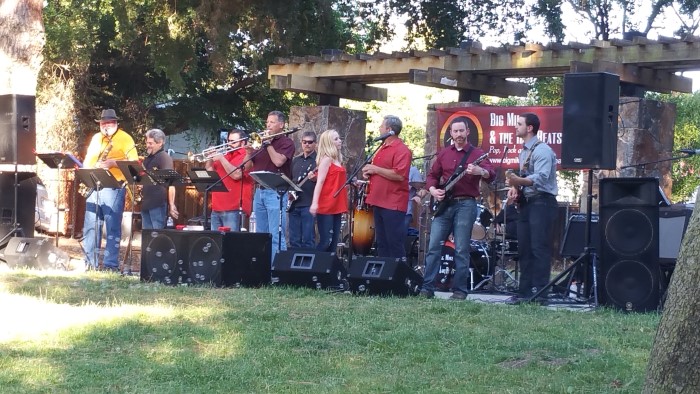 The public school situation is a little confusing.  Most of Almaden is served by the San Jose Unified School District (with one of four elementary schools, two middle schools and two high schools).  The northern section of this community is served by Pioneer High School and Castillero Middle School (and often Los Alamitos Elementary School).  The southern edge of Almaden, which is more remote and more expensive for real estate purchases, is within the attendance area of Leland High School, Bret Harte Middle School and a number of very high scoring elementary schools.

However, not all of this south San Jose district falls into these school areas.  A small portion of homes (Oak Canyon, Montevideo and nearby subdivisions) are in the Campbell Union High School District & Union School District  (Branham or Leigh – an “open area” where residents may choose).

I’ve written quite extensively about Almaden and its schools on my SanJoseRealEstateLosGatosHomes blog:
Schools, API Scores & Maps of School Boundaries in San Jose’s Almaden Valley

Schools score well in standardized testing and benefit from the support of a caring community. 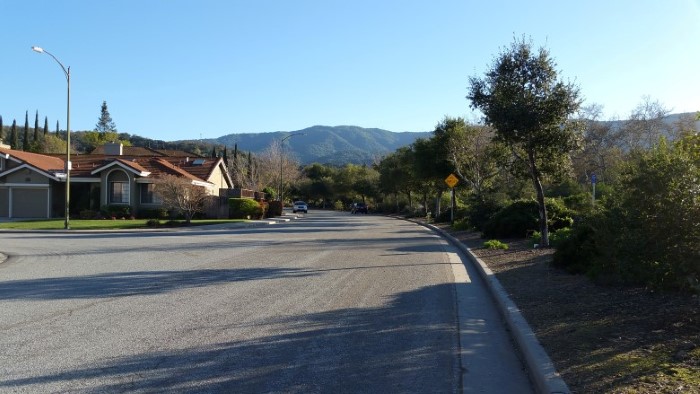 Most of 95120 features tidy neighborhoods ranging from middle class to luxury homes. Most are ranch style houses, often in tract neighborhoods. Except for the “new Almaden” area, there are few historic homes. Some properties enjoy nice views. Many enjoy views of the coastal range (Santa Cruz Mountains) or the Santa Teresa Foothills. 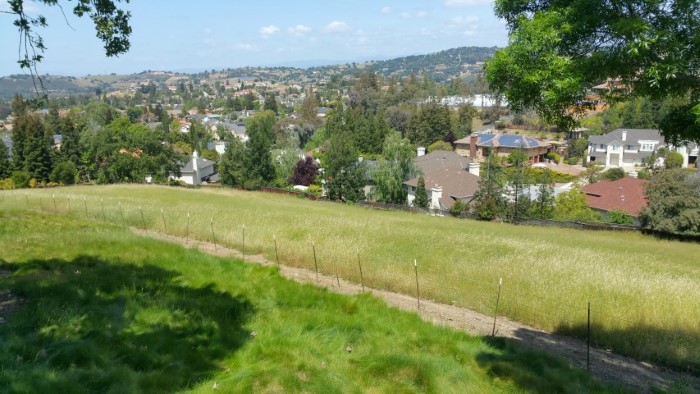 The majority of the neighborhoods feed into either Pioneer High or Leland High. One little pocket off of Guadalupe Road feeds into Los Gatos High. A couple of other pockets, Oak Canyon, Montevideo, and nearby, are in an open area and can choose between Leigh and Branham High. 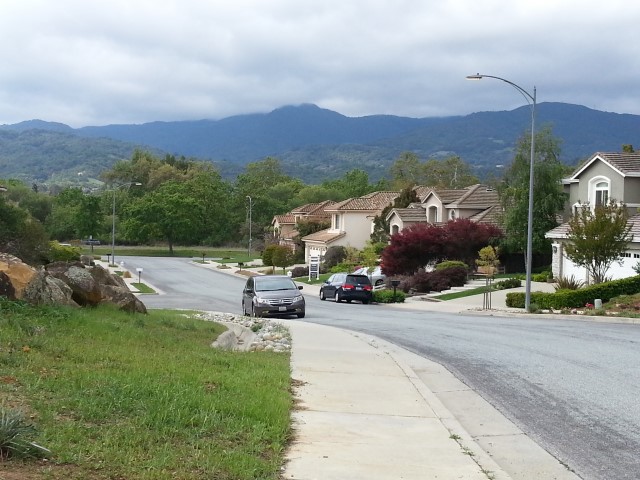 For a list of neighborhoods in Almaden and links to info on those I’ve written about, please see my article on the Valley of Heart’s Delight: Almaden Valley Neighborhoods.

Are there any negatives to this area?

Many areas in this district (like Los Gatos, Monte Sereno, Saratoga, and other hillside areas) seem to have issues with moisture in the crawl space and water coming at the house from reverse grading generally. One home inspector I knew claimed that 90% of the homes in Almaden have damp crawl spaces. Water is the most destructive force to homes, so that’s something that should be addressed. If it is coming from the surface, it can be easier to work with. In that case, it can be improved greatly by directing downspouts away from the home, correcting any faulty grading, etc.. In some cases, a very high water table may make it possible for water to percolate up from below the surface in extremely rainy conditions. In those situations it may not be easy to keep the water fully out, but sump pumps and other tools can be used to move the water out quickly. (If a sump pump is needed, it’s helpful to have one that will work on a battery backup in case the power goes out.)

Mercury is present in the New Almaden and Guadalupe mine areas, and for that reason, the creeks coming from those hills are contaminated with mercury  (quicksilver). You don’t want to swim, play, or fish in those waters. Almaden Lake has too much mercury in it for the kids to play in the water (mine did when they were small – it was before  the level of contaminants was known). At Almaden Lake you can fish, but cannot eat the fish for the same reason – it’s “catch and release”.

There is no downtown area for 95120. It has a Safeway shopping center and a few other small strip malls. It’s not as exciting or as interesting as Willow Glen, Campbell, Los Gatos, etc.

Houses here vary in price depending on the schools, home size, lot size, condition, view etc.  In general, it’s hard to find a single family home for under $1.5 million in 95120.  Most home buyers today would expect to spend $1.4 million or more to get a comfortably sized home in good conditions in a good location – no busy roads, not close to high voltage lines, etc. Below please find a live Altos Research chart showing the median list price of homes for sale – this will give you an idea of what a house might cost there: When shopping for homes in Almaden, it is wise to watch out for water in the crawl space – a very common occurrence there and in hillside areas, but one which can cause problems if the drainage is not managed well.

Homes for sale in Almaden:

How’s the real estate market in the Almaden Valley area of San Jose?

Please visit the ReReport for this month’s information on the Almaden realty market. It is updated between the 5th and 10th of each month.