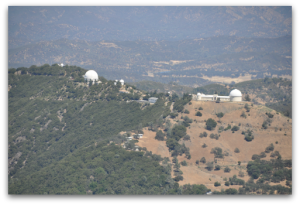 The Foothills is a distinctive community, sometimes considered to be part of the greater East San Jose (aka East Valley) area. Its greatest attraction is its pristine, natural beauty. Locals have pushed to prevent development to keep the areas semi-rural charm. As such, there are many unique homes in the area, and not as many tracts as in the flatlands. As the name states, properties in the Foothills are generally on elevated ground. Whether facing the hills or the valley, homes are very likely to have stunning views.

But, to many, nature’s not there just to be looked at. Locals frequent the adjacent Alum Rock Park, popular to cyclists, equestrians, pedestrians, and pooches. Home to the fourth oldest golf club in Northern California, the San Jose Country Club is a staple to South Bay aficionados. Plus, there are a number of ranches and equestrian estates in the area.

Commutes are short, and Downtown is only 15-20 minutes by car, but traffic can be during commute hours. Driving is otherwise a breeze with major roads connecting the Foothills to nearby expressways and freeways 101 and 680. Nearby attractions include the parks and golfing as mentioned, but there’s also plenty of shopping, and a quick drive can take you to Lake Cunningham Regional Park, Raging Waters San Jose, the San Jose Flea Market, and the Reid-Hillview Airport, or all the way up Mt Hamilton to the Lick Observatory for a day of science or a night of stargazing.