An aerial view of Santa Cruz and nearby

The seat of the Santa Cruz County, this waterfront city is known for its beaches, majestic redwoods, vibrant downtown, milder coastal weather, and the University of Santa Cruz (mascot: the Banana Slugs).  It’s also a tourist destination, especially in summer, as the cooler beach areas are welcome relief to those living inland, in drier parts of California, and the Santa Cruz Beach Boardwalk is a wonderful added bonus to the pretty beaches that line the region.

Santa Cruz is the largest city in the immediate area, but there are many charming towns and cities close by, and a good variety of beaches tucked into coves, too. A vacation in Santa Cruz would not be complete without spending a little time in Capitola, Aptos, Soquel, and Rio del Mar.  And if time allows, it’s not far to get to the Monterey Peninsula and see the many, many sights there, too.

The area has “something for everyone”, whether it’s fishing, fine dining, golfing, surfing, photography, wine tasting, bird watching, shopping, investigating local history, or just strolling.  As it is a beach community, the pace of life is noticeably slower than in Silicon Valley.

A little history of Santa Cruz

In 1769 Spanish Explorer Don Gaspar de Portola discovered the area and was charmed by it, naming the beautiful river San Lorenzo and the hills behind it Santa Cruz (meaning “Holy Cross”). 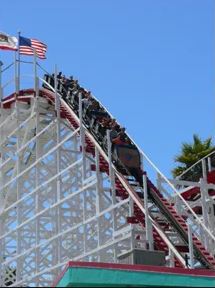 Santa Cruz was one of the mission cities, too.  The mission was built first in 1791, but moved to higher ground after the San Lorenzo River flooded in 1793 (many missions throughout California had similar fates, needing to be moved and / or rebuilt after floods, earthquakes, or fires).  Today there’s a church named Holy Cross on this site, with a 1/3 size replica next door.  The church can be seen on the hill as you drive into town, and understandably, that location is called “Mission Hill”.  You can read about the mission and its history here:
http://www.escusd.k12.ca.us/mission_trail/SCruz/SC.history.html

Still a beautiful natural wonderland today, Santa Cruz is known for recreation. After a day of hiking along the redwoods, or surfing and swimming in the Monterey Bay, you can take a break and enjoy the historic, wooden Giant Dipper rollercoaster on the Santa Cruz Beach Boardwalk, try your hand fishing at the pier, or catch a free concert on the beach on Friday nights in summer. Downtown Santa Cruz has plenty to offer shoppers, and epicureans can find abalone with a bay view, plenty of vegan and vegetarian cuisine, or fresh fish and chips by the wharf. While tourism is a big industry of the city, it also relies on agriculture and a number of high tech firms. Commuters who don’t mind the mountains find that Silicon Valley is just a quick drive away. Whether you’re looking for a grand old Victorian, a beachfront cottage, or a townhouse with a view, Santa Cruz has a wide variety of housing and neighborhoods.

Sea & Sky photograhs of Santa Cruz and nearby

This photograph was taken in June 2015 by my brother in law, John, as he took in the sights from a private plane over Santa Cruz County: 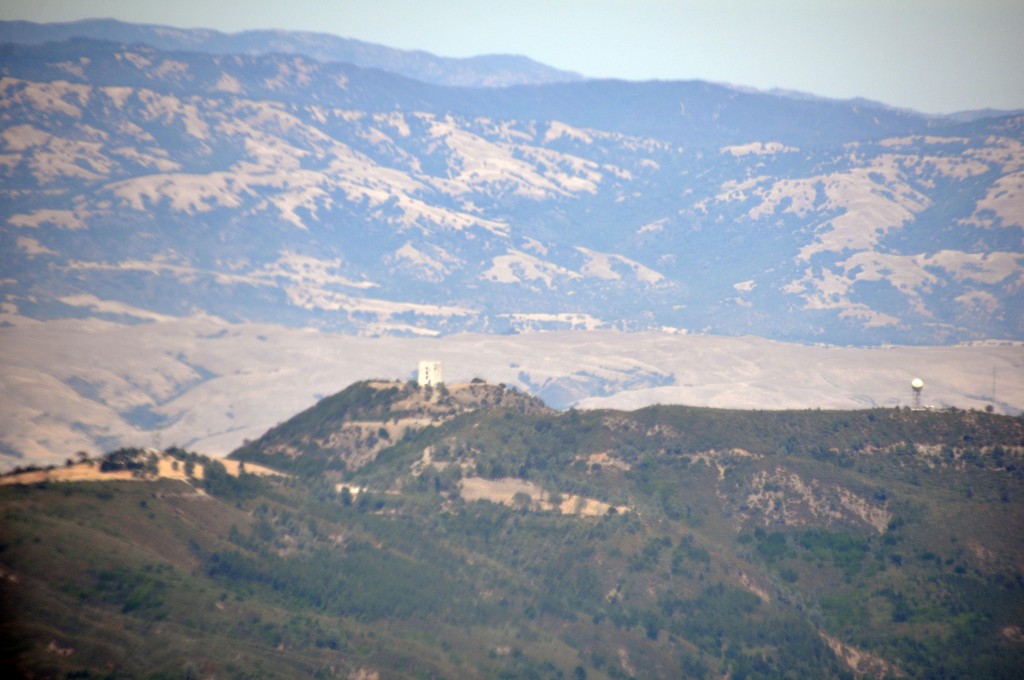 More than a place to visit: living in Santa Cruz

Many people who visit Santa Cruz, Scotts Valley, Rio del Mar, or anywhere in Santa Cruz fall in love with this scenic part of the Monterey Bay region, which is considered the “Central Coast” area (as opposed to Northern California or the San Francisco Bay Area).

Home prices tend to be 15-20% less in Santa Cruz County than in Santa Clara County, making this attractive for Silicon Valley home buyers.  The trade-off for many is in the commute time “over the hill” on Highway 17.  Some larger companies now have shuttle buses, though, at least lowering the stress, if not the time involved.  Silicon Valley has inched into Santa Cruz County a bit, though.  There are independent video game companies in the Santa Cruz Mountains and in Santa Cruz, and a number of high tech firms in Scotts Valley.

If you’ve been stricken with a love of the coast, and want to make it your home, read on!

Santa Cruz enjoys a wide variety of neighborhoods, architectural styles, and even micro-climates.  In downtown Santa Cruz,m on Beach Hill and Mission Hill, you will find a good number of Victorian era homes and many of them are beautifully preserved and maintained (if a little colorful in some cases).  Some Spanish style bungalows or Spanish Revival dot the area, as do some Craftsman, some Alpine A-Frame, and of course, a preponderance of ranch style homes.  Houses closest to the beach often enjoy enormous picture windows and minimalist landscaping, as the salt air doesn’t make a conventional garden all that practical in many areas.

If you love fog, most of the region will include it on a frequent basis, though Santa Cruz generally is the warmest spot along the California coast between Santa Barbara and San Francisco.  But within Santa Cruz itself there’s an area locals refer to as the “banana belt” or sunnier area.  It’s mostly found away from the cliff areas that protrude into the bay – think the area between the lighthouse and the wharf, and back toward Scotts Valley a little.  Additionally, if you just go inland a little bit, even to Pasatiempo or Scotts Valley or the more elevated areas of Aptos, you get more sun.

Below please find a live Altos Research chart, showing the median list price of homes for sale – this will give you an  idea of what a house might cost in Santa Cruz.

Real estate and homes for sale in Santa Cruz

How’s the real estate market in Santa Cruz? View this city’s stats at the Santa Cruz ReReport, or navigate to see Capitola, Aptos, Soquel, Scotts Valley and other areas of the county.