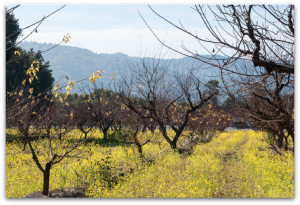 Saratoga, California, is a scenic place at the base of the Santa Cruz Mountains that enjoys a very high quality of life within Silicon Valley. It is now considered an upscale suburb of San Jose or Silicon Valley, but it was once known as a logging town during the gold rush era of the mid-1800s, and was then known as Bank Mills.

Today, Saratoga’s downtown is referred to as “Saratoga Village” or “the Village” and it features a wide array of shops, boutiques, restaurants, and pleasant views. Additionally, the downtown offers a lovely retreat, Wildwood Park, which includes the meandering Saratoga Creek. There are small inns and hotels that make for a nice weekend getaway, but also spas for the afternoon of pampering, as well as the expected excellent dining. For those travelling simply, a youth hostel can be found just a few miles up Big Basin Way. Please enjoy the slideshow to get a feel for what “the village” is like!

Culture and Entertainment in Saratoga

Away from the downtown or village area, Saratoga is also a popular destination because of cultural and entertainment opportunities at Villa Montalvo and theMountain Winery. In both places, people can enjoy live music and great shows, not to mention beautiful views. Montalvo provides a beautiful backdrop for portrait photography, but also for leisurely or more athletic hikes on wooded trails. Another exquisite stop for culture and scenic beauty is the Hakone Gardens (which was in a recent movie). Both are also the setting for many weddings each year.

Plays, lectures and other events may also be taken in at West Valley College in Saratoga (located at Fruitvale Avenue and Allendale Avenue).  Across the road is the parks & rec department, a wonderful place for casual education, classes and community events.

Although the city is not young, it was widely expanded in the post World War II era, particularly in the 1960s and 1970s, as neighborhoods such as The Golden Triangleand Prides Crossing sprang up. (The Golden Triangle is bordered by Saratoga Avenue, Saratoga-Sunnyvale Road, and Cox Avenue; Prides Crossing lies between Cox Avenue and Prospect Avenue.) Several builders left their imprint on the these areas, including George Day and Kaufman and Broad. It was during this timeframe that city planners across Santa Clara County realized that straight “grid” neighborhoods were not so appealing as those with meandering roads, so part of the charm in this part of Saratoga lies with the fact that the roads gently curve from street to street, making for a very pleasing look.

I have worked with Google Maps to identify some of the subdivisions, neighborhoods and regions within Saratoga.  This is a slow project and as you can see, there are many other areas to “fill in”.  Not all areas actually have names – sometimes they go by a nearby landmark, such as the name of a park or school.  Some areas are within others, so it may be hard to see on the map.  Others straddle two cities (such as with Parker’s Ranch, not yet on the map but which is partly in Cupertino and partly in Saratoga along the western side of town in the “blue hills” region).

There are many other fabulous neighborhoods in the city of Saratoga, including theBlue Hills area, the Montalvo area, the area near Glen Una (with Montalvo, it’s referred to as the Platinum Triangle), the area off Quito Road, and townhome communities such as Saratoga Oaks (an upscale neightborhood in the village area) and The Vineyards, and many more.Homes in Saratoga range from condos and townhouses and single family (or even patio) homes in the flatlands on small lots to enormous luxury estates with vineyards or orchards, barnes, stables, and views of San Jose and Santa Clara County. It runs from rustic to elegant with everything inbetween.

Saratoga boasts nine parks, many of which are easy accessible by residential neighborhoods.

Schools with exceptionally high scores tend to be the single biggest drawing card in Saratoga today for new home buyers. They have been good for many years (I can attest to this personally as a 1977 graduate of Saratoga High School) but the emphasis has only grown in the last decade or two. Saratoga, like neighboring Los Gatos, Cupertino, and San Jose, has messy school boundaries in that they do not neatly or simply follow the city’s boundary lines. Instead, there are several school districts that slosh from one city to the next.

Most, but not all, of Saratoga enjoys the famed “Saratoga Schools“. There are four elementary & middle school districts that serve the students in the city of Saratoga:

And there are three high school districts:

Sometimes the homes on the same street may look identical, but have very different values because of the school district boundaries and the weight that consumers place on the API scores or other factors.Finally, it should be noted that with West Valley College in town, it is not difficult for students to take college-level classes in summers or evenings if there is a subject which they want to study not available at the local public high school. Options about for success in schools anywhere in Saratoga already, but this is a wonderful added bonus.

Other Benefits to Living in Saratoga

In addition to the beautiful neighborhoods and homes, fabulous “downtown village”, parks and schools, it should also be noted that Saratoga enjoys immense scenic beauty.  This is in part because of the proximity of the hills, but also because the setting in Saratoga is intentionally rural, with many streets not having street lamps or sidewalks. In a sea of “Silicon Valley urbanization & sprawl”, Saratoga is a stark contrast. There are no 2 story buildings in this city – so views of the hills are unblocked.
As mentioned, schools are high performing; this is partly due to the fact that many ofSaratoga’s residents are highly educated themselves.  Not surprisingly, crime is low in Saratoga, and that is another draw for home buyers who choose to live here. Because of the gently rolling hills that are the backdrop for most of the city, it becons bicyclists and those on foot to get out and get moving. Festivals happen off and on throughout the year, as do farmer’s markets. The recreation center provides classes and fun things to do for residents (and non-residents) of all ages – it is located across from West Valley College and Redwood Middle School alongside the city offices on Fruitvale Avenue. And Saratoga Springs, located not too far up Big Basin Way, is a wonderful place to retreat and relax whether you come from near or far.

The prices of homes for sale in Saratoga varies tremendously.  A large impact on pricing is the school district (and location).  Please browse Saratoga homes for sale by price point, or contact me to get information on homes for sale within a particular district. <div “>

Real estate values have held up decently (relative to the rest of Silicon Valley) with only about 4% of all listed properties being “distressed sales”. (That figure is 2% in Palo Alto but over 40% in many areas with downtown San Jose being at 51% and the county average 37%.)

Finally, since real estate market trends and statistics are so important, I also utilize a subscription to Altos Research, which uses data of currently listed properties (as opposed to the data from the solds, which is what the RE Report uses).  This is extremely helpful “real time” info – the solds data is, really, “what happened last month”.  Please click the link below to see live Saratoga real estate market trends & data, updated weekly, for both houses/duet homes and condominiums and townhouses.

What’s my Saratoga Home Worth? 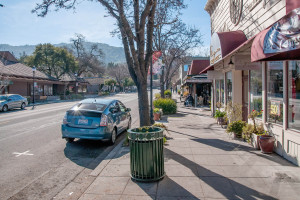 If you are a homeowner in Saratoga (or anywhere in the “west valley”) and would like to get a sense of your home’s current market value (or “buyer’s probable value”), I can do that for you online and email you the results.  This is not a computer-generated market analysis, it’s actually done by me for the benefit of home owners who may be considering (now or sometime down the road) selling their home. Click on the following link to get the ball rolling.  Price your home.

If you prefer to just see what is listed, pending or sold in your home’s neigbhorhood, you can do that without having to register or speaking to anyone!  Visit my REReport’s page for property analysis, insert your address (or any address in Santa Clara County) and see what’s going on with the real estate market (loads slowly, please be patient): listing & sales activity in Saratoga, CA, 95070

A note about senior home sellers:

Selling a house, condominium or townhouse can be stressful and overwhelming. It’s even tougher if the owner has been there a long time and is elderly. I enjoy working with seniors and elderly people and have a tremendous amount of experience in assisting them with the entire process, including the large pre-sale projects such asdownsizing.  It has been my pleasure to assist some of my own older family members in this process, and several years ago I did a course of study to obtain the Seniors Real Estate Specialist designation (SRES) to enhance what I already knew and to let consumers know that I value working with mature clients.
Additionally, often times adult children want to be involved and to assist their parents.  I have worked with many families and with the seller’s permission, am very happy to update family members and answer any questions.  Sometimes the adult children will have a power of attorney to help mom or dad to sell the house or home.  I can assist with “long distance sellers” too.
Article on downsizing & retiring in Los Gatos (many common elements to Saratoga as it’s the town next door)

Other links of interest:Silicon Valley Community Information (list of many cities, towns and areas in Santa Clara County such as Almaden Valley, Campbell, Willow Glen, Cupertino, Los Gatos, and more)

Are you interested in buying or selling a home in Saratoga?  I grew up there and know the area well and sell in Saratoga regularly. I understand the nuances of the Saratoga real estate market and can assist you with your realty needs there.