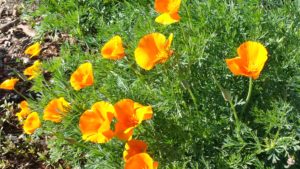 South San Jose is one of the more affordable areas in Silicon Valley. It enjoys convenient freeway and transit access, running alongside Highway 101 and Highway 87 at points, and coming quite close to Highway 85, also. The Tamien light rail station is close to South San Jose – nearly in it. Cal Train can be accessed along Highway 101.

Coyote Creek graces the length of this district, offering lots of open space and park land. Downtown is nearby, and so is shopping at Eastridge Mall, or a visit to Raging Waters. South San Jose is close to just about everything!

Where is South San Jose?

As the name suggests, South SJ is a district south of downtown. The eastern side is bounded by Highway 101. On the northern end, it runs along a portion of Williams, near downtown.  The western border follows Highway 87 in part, then cuts east at Hillsdale and south again on Monterey Street.  The southern tip extends to Blossom Hill Road, where Highway 101 and Monterey Street are very close to one another. That area of South San Jose is part of what was once the town of Edenvale.

Adjacent parts of San Jose are downtown San Jose (and specifically Naglee Park) to the north, Willow Glen to the west, Santa Teresa and Blossom Valley to the south, and Evergreen to the east.

Which neighborhoods are in South SJ?

What are the public schools?

South San Jose includes the much beloved Happy Hollow Park and Zoo and the Santa Clara County Fairgrounds. If you’ve adopted a pet in Silicon Valley, there’s a good chance that you were in South San Jose at the San Jose Animal Care Center. You also know of it for one of the largest, and oldest, cemeteries in the area: Oak Hill. Love to golf? The scenic Los Lagos Golf Course runs alongside Coyote Creek.

Last winter, part of South San Jose flooded during an extraordinarily heavy rainfall over a very short period of time. If you’re local, you heard about the devastating impact of the floods in areas along Coyote Creek. Several areas were hard-hit, including the Rockspring neighborhood.