What is a cripple wall? 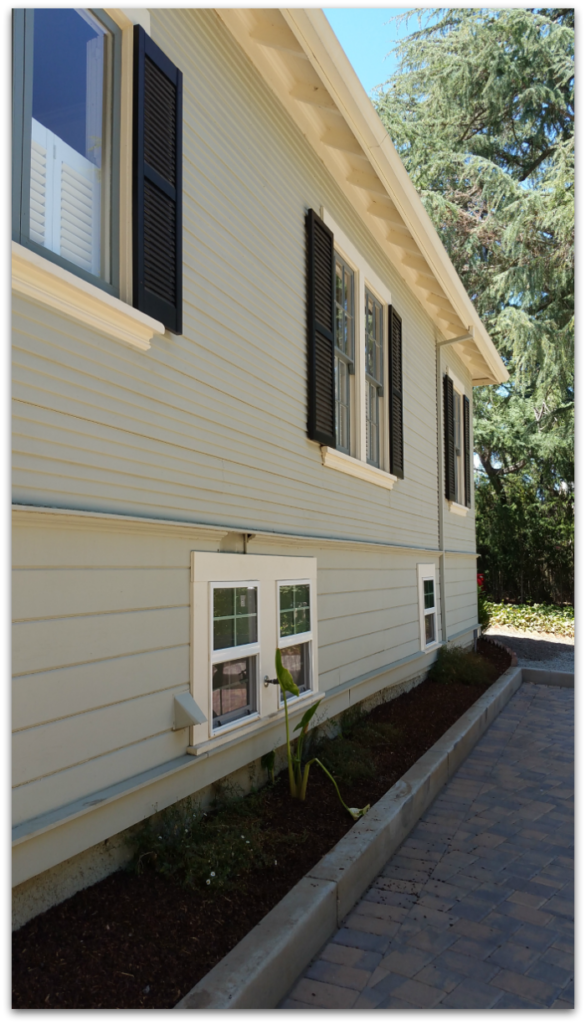 What is a cripple wall? If you are buying or selling real estate in Silicon Valley, you most likely have seen a seller questionnaire asking if the house has a cripple wall, and if so, has it been reinforced.  Most people have no idea what it is, let alone if they have one that’s been improved.

What is a cripple wall?

A cripple wall is a wooden wall between the foundation and the first floor of a wood frame house.  This wooden wall is usually less than a full story high and runs between the foundation and the first floor.  Often it looks like it’s half the height of a regular wall, and it is part of a basement. (Again, there are not many basements in Silicon Valley, so  it’s not a common sight in most neighborhoods. Although many homes have a crawl space, these do not usually have cripple walls if they are on a level lot.)

Cripple walls are also found on sloped hillside homes. With an inclined lot, part of the first floor may be directly on the foundation, but perhaps not all of it.  Part of the house may have a cripple wall in that case.

Most of the time, cripple walls are found in older, possibly historic homes.  Los Gatos has a number of historic districts and houses that qualify as historic. Part of it was badly hit in the 1989 quake.

What is a cripple wall risk in an earthquake?

In California, we have periodic earthquakes, and unreinforced cripple walls can be the weakest part of the structure when a quake hits.  If the walls aren’t strengthened, they can buckle and collapse. The taller the cripple wall is, the more at risk it seems to be for collapsing during a temblor.

Jim and I were living in Santa Cruz and just about to close on the purchase of our first home in the Cambrian area when we experienced the Loma Prieta earthquake.  Our Neary’s Lagoon neighborhood was very badly hit, with many older houses extensively damaged or destroyed. Many had cripple walls that were apparently not reinforced, or not sufficiently reinforced for earthquake safety. (Luckily, our rental townhome stayed structurally sound, though everything inside moved violently.)

The photo below was taken by my better half of a house about a block from where we lived.  Before this happened, they may not have been able to answer our question of the day, “what is a cripple wall?”  But I am sure that in the hours and days after the quake, they found out how dangerous it was to have an unreinforced one. 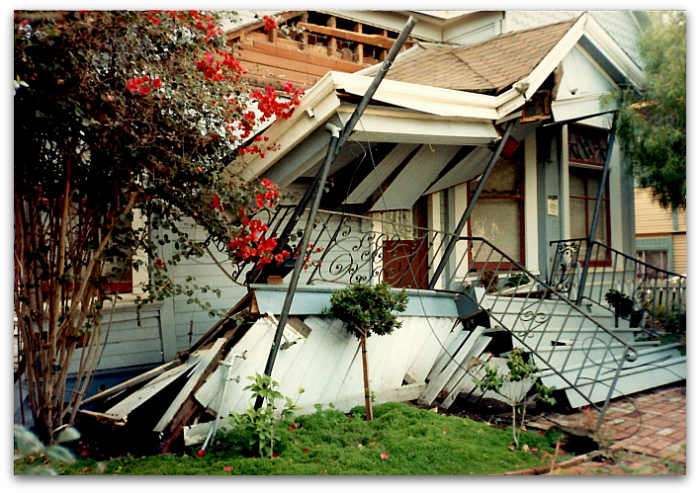 Here’s a helpful video, which I think lays out what is a cripple wall risk or possible hazard much better.

How to improve the safety of cripple walls

The goal is to strengthen the cripple wall, usually making a shear wall so that the short wooden wall won’t buckle and give way. Here are a couple of resources that should be helpful for anyone wanting to improve safety with a cripple wall.

And one more helpful video from the same contractor. (I don’t know him but he has a great set of vidos on YouTube.)

Related reading to “What is a cripple wall?”